In their third season as a varsity program, the 2021 campaign was their most successful yet. UChicago earned its first College Conference of Illinois & Wisconsin (CCIW) tournament title and made its debut appearance in the NCAA postseason. The squad recorded a pair of wins en route to the NCAA Quarterfinal round. 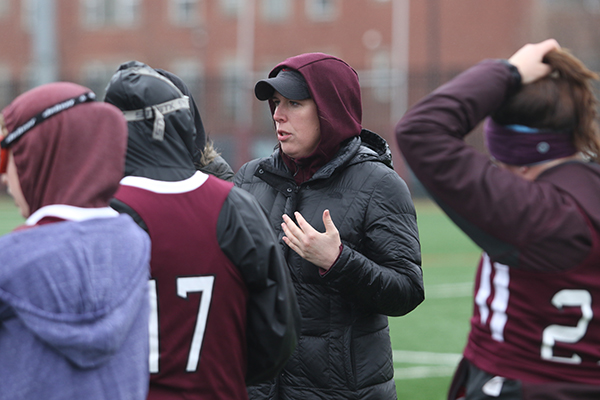 UChicago women's lacrosse launched a new era with the hiring of Kate Robinson as the program's first head coach in May 2017. UChicago's newest varsity program began competition in spring 2019 as the school's 20th intercollegiate sport.

2021 was a landmark campaign for UChicago. The Maroons were regular season co-champions in the College Conference of Illinois & Wisconsin (CCIW), then won the CCIW Tournament to qualify for their first-ever NCAA postseason. UChicago advanced to the NCAA Quarterfinals and finished with an 11-2 overall record. The squad was nationally elite on both sides of the field, ranking 16th in scoring (16.9 goals/game), seventh in scoring defense (5.69 goals/game), seventh in scoring margin (+11.2/game), 18th in shots on goal per game (27.8 SOG/game) and 21st in shots per game (35 shots/game). Goalkeeper Emily Feigen ranked fifth in the nation with a 6.16 goals against average. Midfielder Katie Large was named the first All-American in program history, achieving Third Team status. Eight Maroons were named All-CCIW, including Ali Sheehy as CCIW Offensive Player of the Year and Lulu Hardy as CCIW Newcomer of the Year. Four players secured All-Region status.

Conference Association
When UChicago women's lacrosse makes its varsity debut, it will do so as an associate member of the College Conference of Illinois & Wisconsin (CCIW) at the start of the 2018-19 academic year.

At the end of the conference schedule each season, the top four women's lacrosse teams will take part in the CCIW's conference tournament. The eventual champion will receive an automatic qualification into the NCAA Division III Championship field.