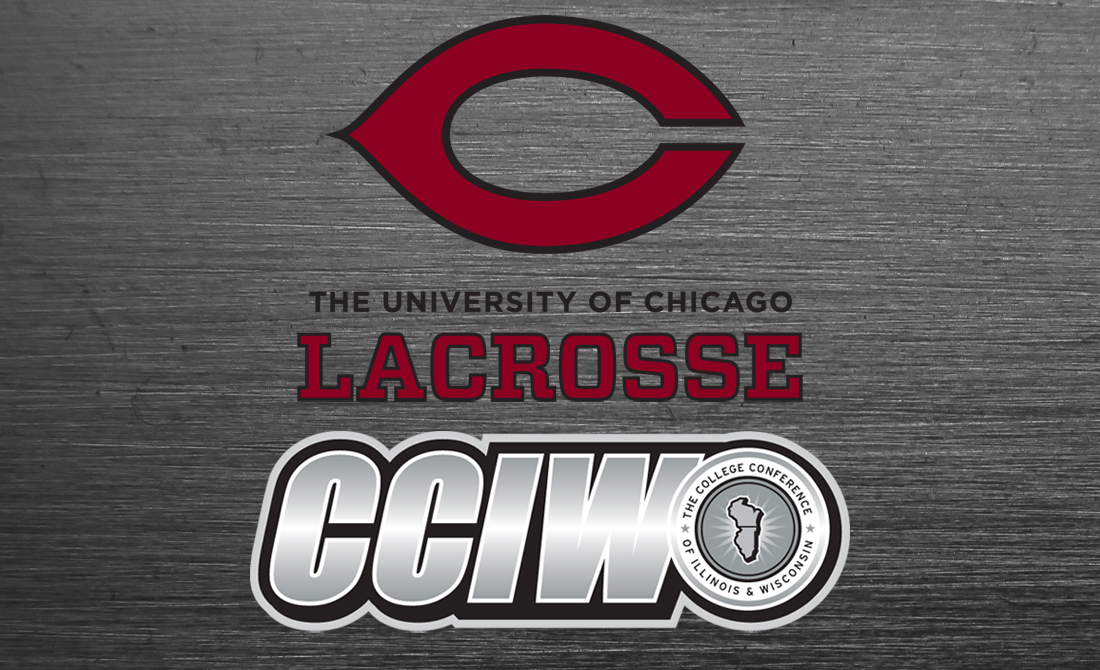 In a game where the University of Chicago women's lacrosse team never quit, the Maroons concluded an historic inaugural season with a runner-up finish in the College Conference of Illinois Wisconsin title game, falling 11-6 to top-seeded Illinois Wesleyan Saturday.

The Maroons finished their first year as an NCAA Division III varsity sport with 15 wins and just three losses, earning the second-seed into the CCIW Tournament with a 6-1 regular-season mark in conference play. UChicago defeated North Central, 17-10, in the conference semifinals to reach the championship, where defending champion Illinois Wesleyan (17-2) captured its third-straight crown and the automatic bid into the NCAA postseason tournament.

The Titans gained control of the contest early, taking a 3-0 lead in the game's first five minutes. A coast-to-coast run by Fadden – who found an open Johnson – finally broke the offensive spell for the Maroons at the 18:57 mark.

Moran scored the half's only other goal for UChicago, striking on an unassisted score at 13:55 as the Titans cruised to an 8-2 lead at the break.

The Maroons didn't give in though, scoring two straight goals – one by Johnson (Schulze) and another by Schulze (Audrey Kaus) to cut that lead to four, at 8-4. But IWU's Riley Rooney answered with her third and fourth scores of the game to keep the Maroons' at bay. UChicago did outscore the Titans in the second half, 4-3.

Both goalies were busy in the contest, with UChicago's Honor Crandell stopping 10 shots and IWU's Janaye Godfrey 14.

UChicago earned its first West Regional ranking (No. 6) in the latest poll and finished the year a perfect 11-0 at home in 2019. Head Coach Kate Robinson was named the CCIW Co-Coach of the Year and Schulze earned both Offensive Player of the Year and Newcomer of the Year in conference awards released prior to the tournament.